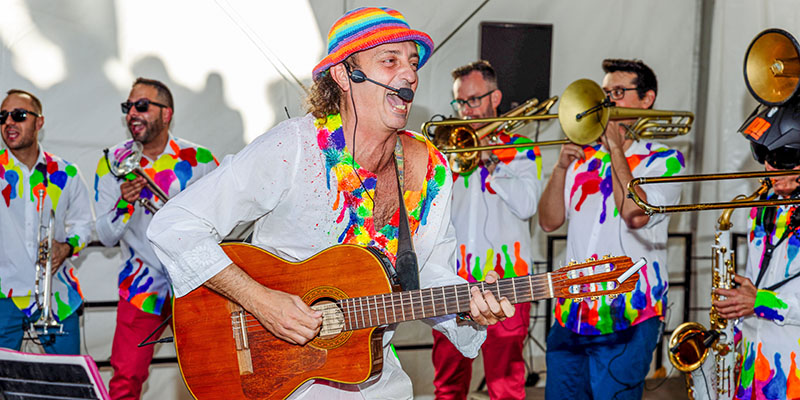 “ARÍSTIDES MORENO &  101 BRASS BAND” is a show with a huge energy, which goes along the biggest hits of the discography of the singer from Galdar, such as Horcon Boys, Cambuyón, Canción de autoayuda, Carro Viejo, Navegante del Cosmos and Felicidad among other. We have to also add some of the songs covered by the 101 Brass Band which allowed them to win several recognitions around the Spanish territory.

Arístides Moreno’s happy flow under the stage meets the 101 Brass Band motto: to make the audience enjoy the show and transmit them all the energy, creating a powerful combo which will turn this concert into an unforgettable experience. Jeremías Martín’s scenic choreographics and musical arrangements crown this spectacle that invites to celebrate once it starts, a concert to savor next to these happiness ambassadors. 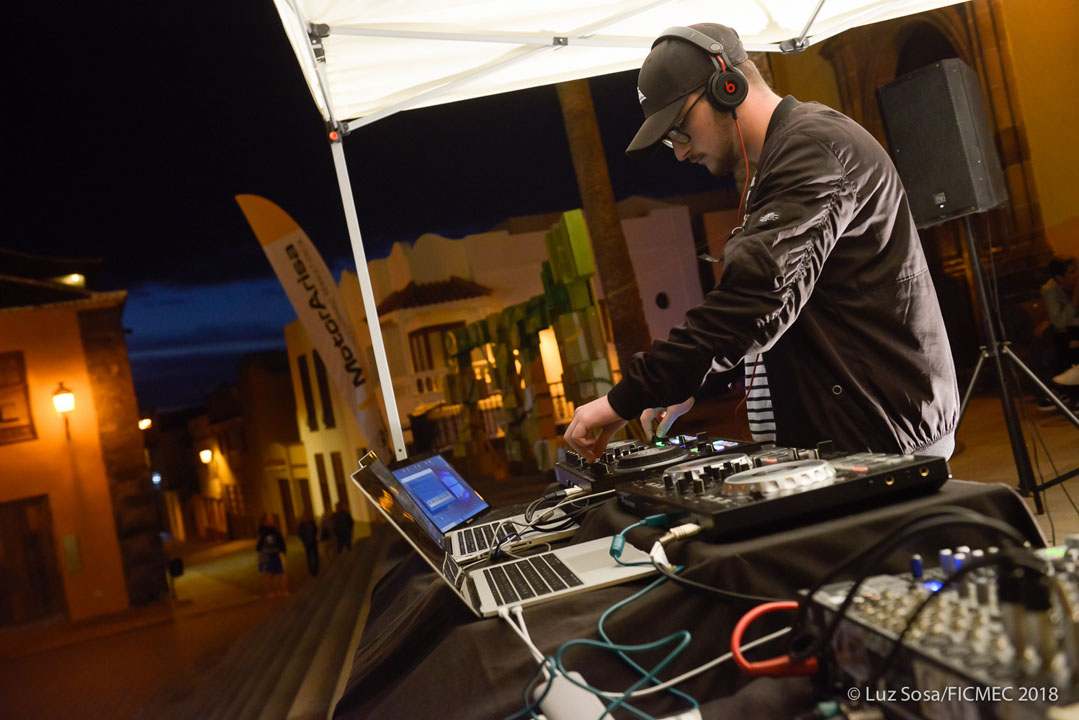 Glazounov saxophone quartet was founded in 1991, but it is from 1993 on when it started its professional career participating in many events in the Canary Islands. In March 2011 they were invited by Fundación Juan March in Madrid to perform a concert written originally for saxophones, they have also performed in the Espacio Canarias in Madrid which depends on the Canary Island Government.

In April 2017 this quartet appeared in the auditorium of Zaragoza invited by Zaragoza’s Sociedad Filarmónica. For the last years they have also taken part in the Ciclos Culturales organized by Cabildo Insular de Tenerife, Caja Canarias and Fundación Mapfre Guanarteme.

In 2005 they were awarded with the prize &quot;II PREMIO REGIONAL DE MÚSICA DE CÁMARA and PREMIO A LA MEJOR INTERPRETACIÓN DE COMPOSITOR CANARIO; given by CajaCanarias. This quartet is comprised of Gregorio Hernández (soprano saxophone), Francisco Dorta (alto sax), José Andrés Reyes (tenor sax) and Benigno Cedrés (baritone saxophone). The four components work now as saxophone teachers, part of some of the most important music bands and collaborators of Orquesta Sinfónica de Tenerife. 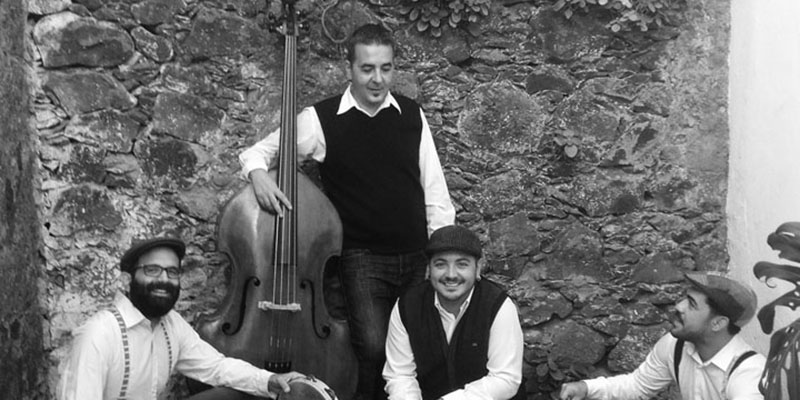 They defined themselves as travelers of time who aim to transmit the current popular folklore and music to their own time: the Roaring Twenties. They want to bring the emigrants of the islands nearer to the Canary people. Their inspiration? Big artists from now and always such as Louis Amstrong, Pepe Benavente, Los del Río, Nat King Cole, Goergie Dann or Alcide Núñez, a Canary descendant jazz forerunner. 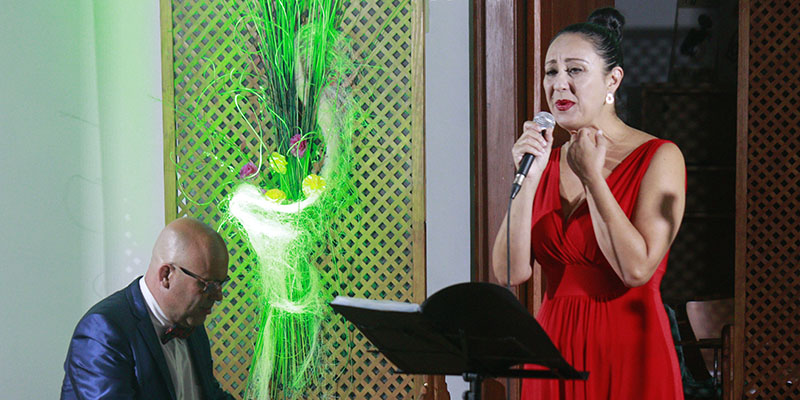 Singer from Garachico Mar Gutiérrez and the pianist from Icod Juan Carlos León, also known as ‘Mosco’ will share their musical skills in FICMEC. This piano and voice duet unified years ago is part of the musical and cultural panorama in the north of Tenerife. They delight spectators throughout a classical repertoire remembering great hits from today and always.

In this occasion, music will be accompanied by texts about traditions, memories and elderly stories. This priceless treasure which year by year appears in FICMEC through Memoria Mágica. Gutiérrez and ‘Mosco’ have prepared something special to honour the memory of everyone who makes possible that the past lives persist in the present time. 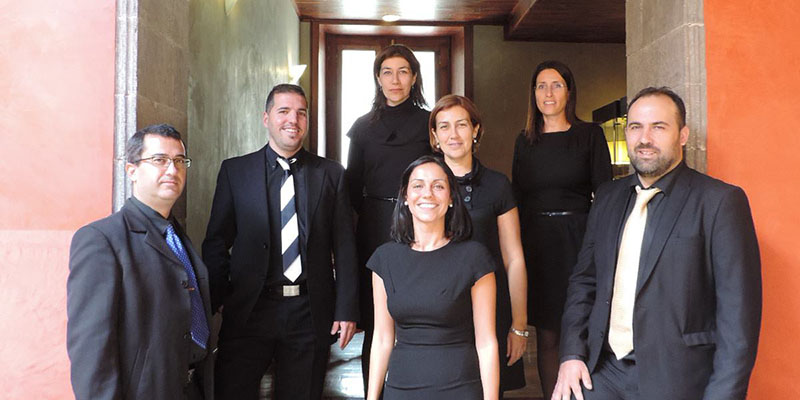 The Garachico’s chamber choir started its journey in 1988, although it had participated in other spaces before. It is part of the cultural group Asociación Cultural Agrupación Musical de Garachico and it is composed of eight voices, including all types of varieties that prove its versatility.