Synopsis
On the frozen steppe of Mongolia people‘s lives are at the mercy of the seasons and unexpected events, while nature dictates the rules of their nomadic lifestyles. After winter kills hoards of his parents‘livestock, 11-year old Sukhbat has to leave school, move back home and support the family. When given the responsibility by his father to tame a wild horse in a bid to win a regional race, he has to face a life ruled by unforgiving
nature and tradition. No one remains unscathed after being confronted by the power of the steppe. 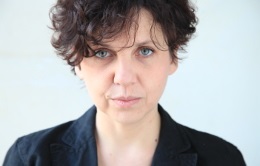 Marta is author of the award winning film, “A Piece of Summer“(Kawałek Lata). She made the documentary film “Descrescendo“ that was awarded and screened at a number of festivals and the film “Aniol Smierci“ (Angel of Death). Marta graduated from the Andrzej Wajda Film School and Jagiellonian University.