Taburiente was formed in 1974. The emblematic group from La Palma has released 15 albums in almost 50 years of their career. They are one of the most important figures of the new Canarian music, and their music has also been associated with the social movements that were taking place in the archipelago, especially in the early days. Currently, Taburiente continues to maintain the beat of their music.

Sreet musician, comedian, double bass player and showman. Fran Baraja is one of the Canary Islands’ best-loved artists. Baraja considers his music to be “Atlantic folk, roots, a rock base, touches of satire, humour and a lot of Canarian accent are the ingredients of a musician who never sits still”.

With a very personal style that moves between R&B, pop and indie, between 2018 and 2020, the artist from Tene- rife Della Du releases her first productions “Naked Now”, “Juegas pa’ mi”, “Me quedas lejos” and “Autoamor”. In 2021, she releases “kteden”, “Mírame” and “Somos Tres”, as well as working on her first EP. 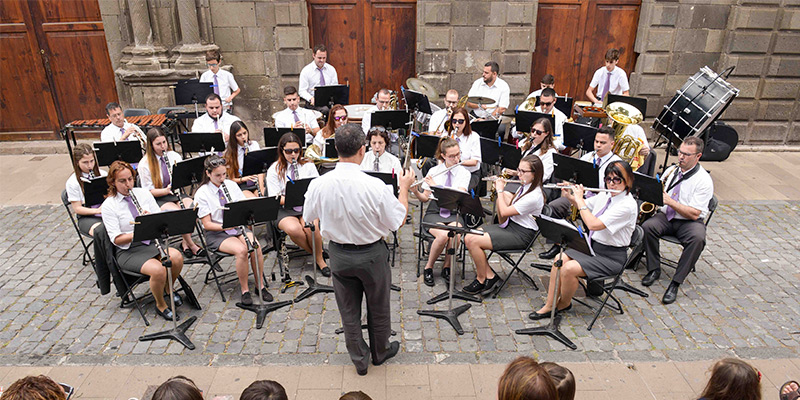 Francisco León y Molina was its first director, followed by successors Manuel Plasencia, Pedro Antonio Pérez Delgado and the last and current one Antonio Jesús Gutiérrez de León. It is a cultural association, including not only the music band but also the chamber choir, the local fanfare and Garachico’s artistic education centre.

This band has travelled with its music around the archipelago and Venezuela, among these acts, the one occurred in Caracas’ Ateneo in 1988 is one of its most relevant performances.

The band presents original compositions created by different Canarian authors; in 2006 Sergio Rodríguez composed a symphony to commemorate the volcanic eruption’s 300th anniversary. In 2012, an hymn dedicated to the local football team was played for the first time to celebrate its 100th anniversary, music and lyrics composed by José Baute Adán, harmonized by Pedro A. Pérez Delgado and music arrangements of Antonio J. Gutiérrez de León. November 2013, the name of its current rehearsal place was changed to “Casa de la Música – Pedro Antonio Pérez Delgado”. 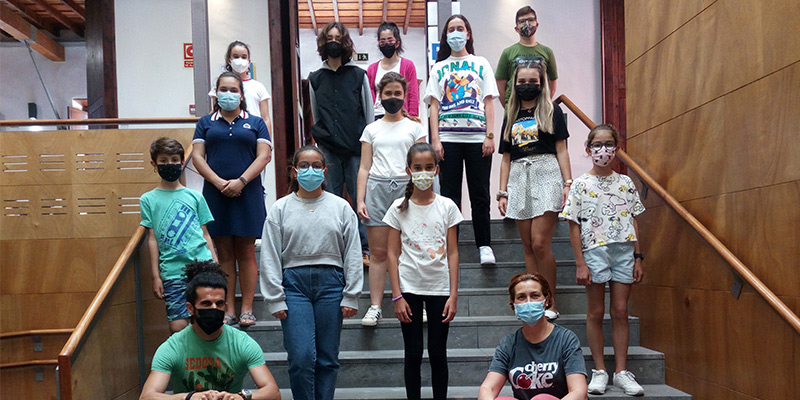