en and Saoirse live in a lighthouse, in the highest part of a small island with their father, who sends them to live to the city with their grandmother to protect them from dangers of the sea. There Ben discovers that his little sister is a Selkie, a fairy of the sea, a seal-girl who with her song can free the magical beings from the spell made by the Owls Witch. 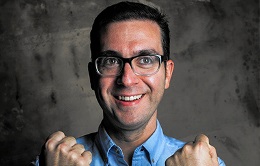 He is co-founder of Cartoon Saloon, based in Ireland. His first feature film The Secret of Kells was nominated for an Academy Award for Best Animated Film in 2010.