Sinopsis
The Last Animals is a story about an extraordinary group of people who go to incredible lengths to save the planet’s last animals. The documentary follows the conservationists, scientists and activists battling poachers and transnational trafficking syndicates to protect elephants and rhinos from extinction. From Africa’s front lines to behind the scenes of Asian markets to the United States, the film takes an intense look at the global response to this slaughter and the desperate measures to genetically rescue the Northern White rhinos who are on the edge of extinction.

Conflict photographer Kate Brooks turns her lens from the war zones she is used to covering to a new kind of genocide- the killing of African Elephants and Rhinos- in this sweeping and sobering expose of an underreported crisis. As the single-digit population of Northern White Rhinoceros ticks closer to zero, Brooks outlines the myriad factors contributing to the current epidemic of highly effective poaching and trafficking syndicates, drawing startling connections between the illegal wildlife trade and international terrorism and border security. But all is not yet lost- at the same time, Brooks documents the heroic efforts of conservationists, park rangers, and scientists to protect these animals on the verge of extinction in the face of seemingly insurmountable odds. The result is a potent plea for worldwide attention and action to combat the permanent loss of these majestic creatures. 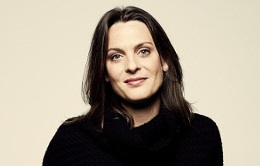 Kate Brooks. Kate Brooks is an international photojournalist who has chronicled conflict and human rights issues for nearly two decades. She first began working as photographer in Russia while documenting child abuse in state orphanages.

In 2010 Kate was as a contributing cinematographer on the multiple award-winning documentary The Boxing Girls of Kabul. Her introspective collection of essays and photos In the Light of Darkness: A Photographer’s Journey After 9/11 was selected by PDN as one of 2011’s best photography books. Kate was then awarded a 2012-13 Knight-Wallace Fellowship at the University of Michigan. There she began researching wildlife trafficking and the pan African poaching epidemic for the documentary film The Last Animals.