Home > INTO THE INFERNO
Vota a esta película

Synopsis
Herzog and the volcanologist Clive Oppenheimer began an adventure around the world exploring some of the most famous volcanos of Indonesia, Ethiopia, Iceland and North Korea. They share their knowledge with scientists and indigenous people in every area, they want to understand the complex and ancient connection between human beings and one of the biggest nature’s miracles. 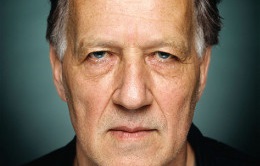 Werner Herzog was born in Munich on September 5, 1942. He grew up in a remote mountain village in Bavaria and studied History and German Literature in Munich and Pittsburgh. He made his first film in 1961 at the age of 19. Since then he has produced, written, and directed more than sixty feature- and documentary films